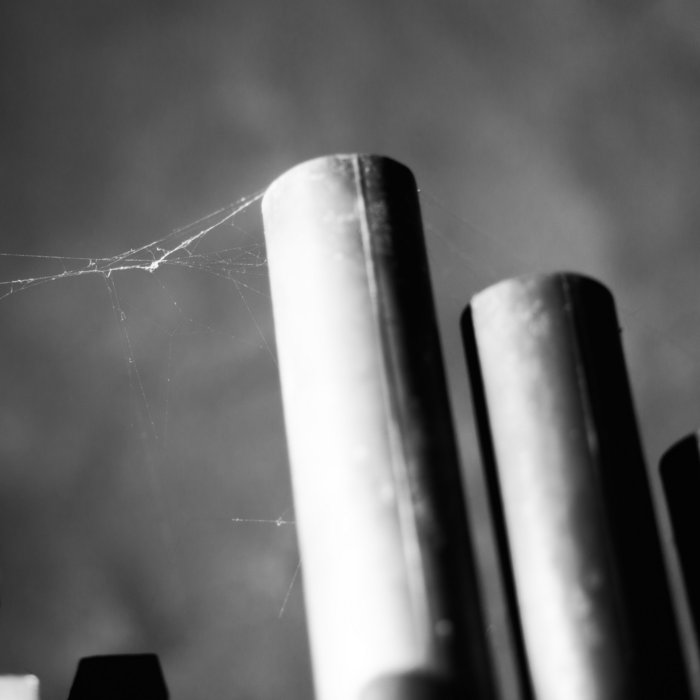 As the third release in a series of Rewire 2019 recordings, this time we focus on Dutch new music group Ensemble Klang and British composer Kit Downes. In collaboration with The Hague-based festival Dag in de Branding, Rewire commissioned Kit Downes to create and perform a new set of works for the Lutherse Kerk organ in The Hague, alongside Ensemble Klang. The performance, entitled ‘Debris’, featured Downes on the Lutherse Kerk’s almost 300-year old pipe organ, a rhythm section of piano, percussion and guitar positioned at the front of the stage, with a horn section playing from the back of the stage. Kit and Pete Harden (Ensemble Klang) explain how the piece came together, and what it was like to collaborate on this commission, below.

As a pay-what-you-want release Ensemble Klang & Kit Downes would like any donations to go to the NOWZAD animal rescue charity. For more information see www.nowzad.com.

Kit Downes:
“In general I have been looking at finding ways to use the pipe organ in broader contexts - this can often be either enjoying how abstract its own well-established sound is when played next to something associated with another genre (like an electric guitar for example), or using it in creative ways to try and blend with (or even copy) the sounds of other instruments from different worlds. ‘Debris’ was designed to embrace spontaneity - a calculated risk between the players, with everyone having fluid roles in the overall ensemble sound. I was excited to work with people that were so skilled in moving between written, semi-scored and improvised roles, and in this sense it felt like we had a lot of common ground to work with. The first performance however was just about jumping off the cliff edge together - with the understanding that we were all listening in the same way, and with just enough unsaid to encourage surprises.”

Pete Harden (Ensemble Klang):
“Working on this release brought back fond memories, not just of the live performance, but also of the rehearsal process. In those few days before the premiere we had the pleasure of rehearsing in the venue itself, the Lutherse Kerk (The Hague), with Kit behind its historic 1762 Bätz organ. The ingenuity and beauty of Kit’s music here lies with the daring freedoms he afforded the players (most of whom he’d only just met), such that across those days the music became one with the architecture and space itself. The process of building that set was one of feeling out the structure and limits (both musical and architectural) so that when it came to the performance the ensemble was comfortable and in control but everyone was also able throw out a few surprises: Kit exploding at some point into an uproarious organ cadenza being a personal favourite.”

Find out what else Kit and Pete had to say about the performance here: www.rewirefestival.nl/news/rewire-releases-ensemble-klang--kit-downes-recording

All music written by Kit Downes

Live in the Lutherse Kerk, The Hague, during Rewire x Dag in de Branding, 30 March 2019