Live in The Hague 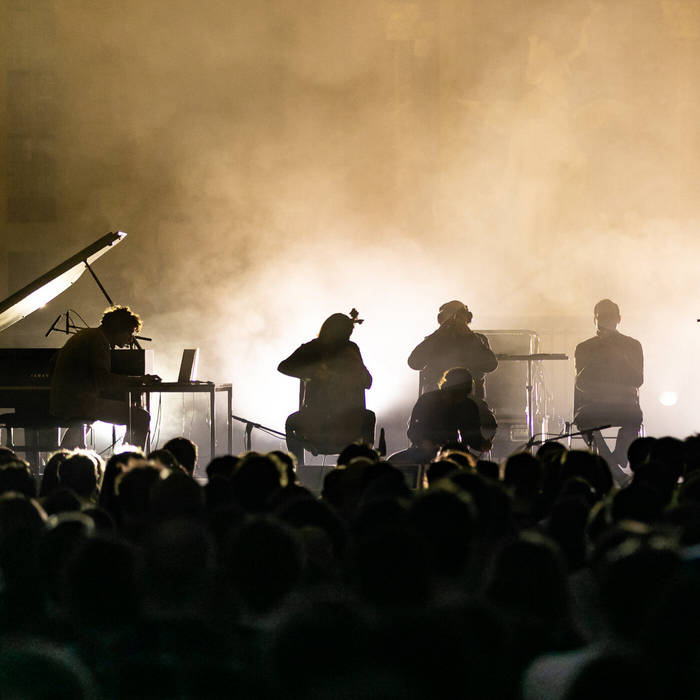 Abby So happy to be able to relive this amazing performance. Thanks Rewire and thanks Nicolás.

maukuri “part II” helped me endure the last couple of months, after experiencing one of the most defying inner struggles of my life.
it’s indescribable what i felt the first time i heard this compilation.
i’ll be forever grateful with nico and all the group involved. 🖤

andeweg i am very grateful i was there. after the first show we decided to return for the second show half a hour later. both shows were absolutely magical. ❤️

C://FNFN what a pleasure to enter a new Jaar release, heartwarming in these uncertain times

nah If I could have heard this performed live I am sure I would have left Changed. Favorite track: Part II.

In a new series of recordings, Rewire unearths projects from previous editions of the festival, often focusing on commissioned works and special collaborations. For the first release of this series, we highlight acclaimed Chilean-American artist Nicolás Jaar and his second performance at Rewire 2019. Under the name Nicolás Jaar & Group, an ensemble of musicians performed a commissioned work by Jaar for piano, saxophone, duduk, cello, electronics and percussion instruments that were custom-built for the performance.

As a pay-what-you-want release, Nicolás would like any proceeds from donations to fully benefit his collaborators on this project.

About Nicolás Jaar & Group:
Nicolás Jaar’s first performance at Rewire 2019 showcased his proclivity to collaboration and experimentation, thriving as a composer and performer working with accomplished musicians from across genres. Taking the stage as Nicolás Jaar & Group, he presented new works for an ensemble consisting of percussionist Valentina Magaletti, who played custom-built metal and wood instruments created by Turin-based artists Marzio Zorio and Anna Ippolito, saxophonist Mette Henriette, cellist Milena Punzi, pianist Johan Lindvall, and Hamlet Nazaretyan and Ivane Mkirtichyan on duduk, an ancient double-reed woodwind instrument that is indigenous to Armenia.

The performance sees Jaar and his collaborators explore an expansive sonic terrain that touches on contemporary jazz and modern classical, with the custom instruments played by Valentina Magaletti and Jaar’s pensive electronics adding an otherworldly dimension to the compositions. The music exudes a sense of mystery as to its origins, and in this way the performance recalls the Fourth-World atmospheres pioneered by Jon Hassell. With this project Nicolás Jaar sought to develop new sonic languages, drawing parallels to his stunning 2020 releases ‘Cenizas’ and ‘Telas’.

This performance was specially commissioned for Rewire Festival 2019